When you’re attempting to buy the right ammo for your needs, it can be tough to make sense of all the options. As such, a little knowledge goes an awfully long way, so with this in mind, here we give you the lowdown on one particular option – Winchester 556 green tip ammunition.

We’ll do that by answering the most commonly asked questions on the subject. By tackling what most shooters want to know about the ammo, it will give you a good feel for who the cartridges are primarily aimed at (Please pardon the pun).

A: Green tip ammunition features a lead core with a steel bar added – providing the bullets with extra penetration power. Also referred to as M855s, they’re ideal for applications where extra penetration is needed – such as taking down large game.

Q: Are green tip bullets legal to buy in the US?

A: Absolutely they are, yes. While armor-piercing bullets are outlawed for civilians in the United States, green tips don’t belong to this category (see below). They did try and band them due to the amor-piercing qualities a few years ago, but it was thrown out before as the argument didn’t hold water.

A: No, they’re not. Winchester 556 green tip bullets DO offer increased penetration, but the steel core is not strong enough to go through the body armor steel that’s worn by law enforcement officers and the military. Their core is simply not as tough as armor, so it will come off second-best every time.

A: Yes, they are. The main reason for this is the internal steel core that calls for quicker twist rates to provide flight stability. Don’t worry though, as they’ll still fit in the same chamber – it’s a minor difference, but it IS a difference.

Q: Does the barrel length impact performance with green tips?

A: Yes, it does have an effect on performance. Typically speaking, 556 rounds do much better when fired from a longer barrel – mainly because it’s manufactured to suit those with a length of at least 20 inches. They’ll still fire from M4 barrel lengths, but accuracy and power are diminished somewhat.

A: Due, in part, to their increased dimensions, green tips ARE heavier than M193 rounds. The former comes in at 62 grains, whereas the M193 is a 55-grain cartridge. This increased mass, added to its length, means that M855 rounds will, generally speaking, do better than M193s.

There Are Better General-Use Rounds Out There

There’s no doubt that Winchester 556 green tip rounds are ideal for what they do, but their ideal use case is quite a narrow one. It’s a good training round – particularly if you can buy them at a good price – but in terms of ballistic performance, there are better general-use rounds available.

However, if it’s a round that packs a punch and can get through barriers others can’t, it’s green tips all the way!

Student Blogs: Unique Ways to Use Them 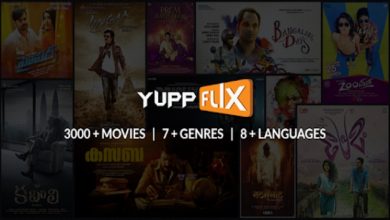