Vehicles use energy primarily to produce power at the wheels to overcome three tractive forces that would otherwise prevent the vehicle from moving: aerodynamic drag forces, the force of air fiction on the body surfaces of the vehicle; rolling resistance, the resistive forces between the tires and the road; and inertial force, the resistance of any mass to vehicle is climbing a grade, its mass exerts a downward restraining must produce energy to power accessories such as heating fan, air 157 acceleration.

Moreover, if the force. In addition, the vehicle conditioner, lights, radio, and power steering. And, unless the engine is turned off, during idle and braking the engine energy is largely wasted because it is not being used to provide motive force. To produce usable energy, the vehicle must take fuel energy and translate it to shaft power through the engine; most of this power is then directed through the remainder of the vehicle’s drivetrain to drive the wheels.

Generally, this is a relatively inefficient process. Energy is lost because moving parts in the engine create friction; because air and fuel must be pumped through the engine, causing aerodynamic and fluid drag losses; because much of the heat generated by combustion cannot be used for work and is wasted; and because slippage in the transmission causes losses.

As discussed later, a conventional vehicle drivetrain generally will be able to transform about 14 (city) to 23 (highway) percent of the fuel energy into usable power at the wheels.5 In an attempt to reduce vehicle fuel consumption, vehicle designers can work to reduce all of the forces acting on the vehicle (the tractive forces), as well as the losses in turning fuel into motive power.

Accessory losses may be reduced by improving the design of air conditioners, water and oil pumps, power steering, and other power equipment, or by reducing the work these accessories must do (for example, heating and cooling loads can be reduced by providing insulation and coating window surfaces with coatings that reflect unwanted solar radiation).

Drivetrain losses may be reduced through various strategies–ranging from redesign of conventional engines and transmissions to shifting to alternative types of drivetrains that may offer increased efficiency.

Differences in Maintenance Costs and Longevity between EV and ICE Drivetrains

6 Cashflow Mistakes That Can Affect Badly Your Business 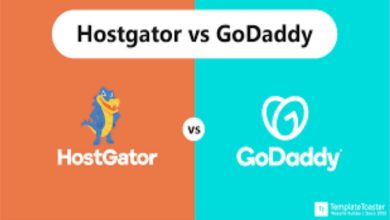