The cryptocurrency market is very responsive to news and incidents. Social media and online-advertising have a huge impact on it. And, although the year has just begun (not even half of it has passed), there have already been many significant events in cryptocurrencies and the blockchain industry.

It’s too early to think about what awaits us at the end of the year, so let’s recall the most recent top 5 cryptocurrency-related news:

1) The most sensational of them, of course, was the fact that Bitcoin broke its historical maximum, and broke it easily.

At the end of February, Bitcoin – the main cryptocurrency, almost reached the $58,000 price mark, thereby setting a new record price. Over the week, the cost of cryptocurrency #1 has grown by more than $10,000. Moreover, for the first 2 months of 2021, its price has increased by nearly 100%.

Since the moment when Bitcoin started to gain popularity, till now its value has seen enormous changes. In 2009, the price of Bitcoin was quite low. Do you remember a story about the guy who bought 2 pizzas for 10,000 BTC in 2010? After this, May 22 has become historic for the crypto community. This day the first purchase of a physical product for cryptocurrency took place. Since 2013, BTC price has remained within the $500-1200 range for several years. But in 2017, interest in cryptocurrencies has grown significantly and the price of the coin reached its historical maximum – around $20,000.

Now, 3 years have already passed, and in 2021 BTC price has more than doubled its 2017 maximum, breaking through the $58,000 mark. Since the beginning of 2021 Bitcoin has shown rapid growth. What’s more — it does not look like it’s going to stop.

Many crypto analysts and advisers believe that the asset will keep the direction, and by the end of the year, we can expect the same rapid growth. Presumably, Bitcoin could even break the $100,000 mark.

One of the main reasons for such growth leads us to the next factor.

2️) The well-known Tesla company invested $1.5 billion in Bitcoins at the end of February 2021. Tesla representatives also announced their plan to accept Bitcoins (and maybe other cryptocurrencies) as a form of payment in the future.

It is also worth noting that this was not the first time when Elon Musk has demonstratively shown his interest in cryptocurrencies. This purchase can be considered the largest since the very inception of Bitcoin. And, as we know, large sums poured into the market lead to significant changes in the exchange rates. And, this time, it also happened so – the price of BTC has just skyrocketed.

While Tesla only plans to accept payments in crypto, you can already buy air-tickets or pay for tuition at a prestigious university with your cryptocurrency. But, of course, not all companies provide such services.

Cryptocurrency is becoming more accessible – for example, it is now possible to buy Bitcoin with a credit card. Moreover, you can buy Bitcoin instantly – the transaction takes less than a minute.

3) More news is about Dogecoin – another cryptocurrency that Elon Musk believes in (at least based on his Twitter account). The DOGE tokens will be sold in USA ATMs starting from March 2021.

Given the growing popularity of this cryptocurrency, CoinFlip, the Bitcoin ATM provider in the U.S., announced listing Dogecoin (DOGE) is on its 1,800-terminal network. They follow the idea to make crypto more accessible for people from rural and distant areas of the country.

Earlier, many public people either expressed certain distrust in cryptocurrency or were not interested in it. Now we can say that the market has passed its stage of formation and struggling with rejection. Cryptocurrencies have already proven themselves as a store of value, and since the beginning of the year, there has been lots of news about the purchase of cryptocurrencies by famous people. And, with the help of ATMs, cryptocurrencies can become more accessible for a wider audience.

4️) It was a painful start of a year for the Ripple community.

Since the end of 2020, Ripple Labs Inc. has been in the hot waters. For those who missed the case – SEC has filed an action against Ripple, stating that they were selling unregistered securities in the form of XRP.

This is not the first such case with the Ripple team. Earlier, US residents filed a collective lawsuit against Ripple Labs and the company’s owner.
Ripple is quite a popular asset, so it is not surprising that lawsuits against the creators of the XRP token have been on everyone’s lips since last year. It’s hard to say whether the situation will resolve fast since the SEC lawsuits are often delayed for very long periods. The first pre-trial hearing between Ripple and the SEC was in late February 2021.

At the end of February 2021, the SEC filed a modified version of the lawsuit, focusing on the liability of Ripple CEO Brad Garlinghouse and its co-founder Chris Larsen.

At the same time, Ripple also sued the investment company Tetragon Financial Group and on March 5, Ripple won the case.
Still, XRP is one of the most popular cryptocurrencies with a huge number of followers and holders. What happens next if the case with the SEC develops? We’ll see.

5️) Let’s close our top five with a “weird” fact. For instance, Bitcoin for 2 million dollars. How is it even possible now? The media just exploded with the next news.

The current maximum price of Bitcoin can be considered a record, only if not to take into account the situation around the hacking of Livecoin (the Russian cryptocurrency exchange). At the end of 2020, the exchange was down due to a hacker attack. After hackers took control over the exchange, they have raised the Bitcoin price on Livecoin to $2 million. Other crypto assets on this exchange also skyrocketed in value as a result of the hack, but their growth was not so rapid.

Almost a month after the hack of the platform, its already former owners announced the final closure of their project. It is worth noting that they promised to give compensation for lost funds to every user who submits applications before the end of March 2021. So far, there is no data on how quickly payments will occur, but it is better to know that it is still possible to get money back. Because nobody wants to lose their savings without a trace, right?

Cryptocurrencies are very dynamic and have promising potential. Until the end of the year, we may see different situations on the market — a lull or a complete upheaval. What are your predictions? 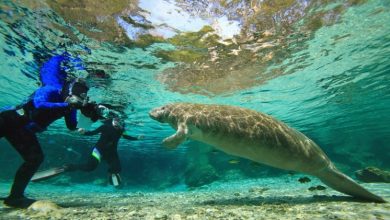