Excavators are a very important part of any construction and digging. In this post, look at the different types of excavators to help you decide which one is best for your needs.

A backhoe, also known as a digger, is an excavator with a digging bucket on the end of its arm. The backhoe is used to move dirt and dig holes by scooping it up into the bucket. They can also be used to break up concrete and pavement. Backhoes are most often used in construction and mining. Still, they are also used for general landscaping purposes, such as moving dirt around your property or clearing out an area for building or construction projects.

A cable excavator is a type of excavator that uses a cable drum to pull the boom and bucket. As with most types of construction equipment, cable excavators are generally designed for specific purposes. They’re often used in areas with limited space or access because they’re easier to maneuver than other types of excavators.

Crawler excavators are the most common type of excavator used for digging, loading, and dumping. They can be used for construction, mining, and landscaping. These machines have tracks instead of wheels. They can dig deeper than wheeled excavators because their tracks provide better mud or soft soil traction. They also have a large bucket capacity that allows them to carry larger amounts of materials simultaneously.

Hydraulic excavators are the most common excavators that dig holes and move material such as dirt, rocks, and concrete. These excavators can be used in construction, mining, and demolition.

They provide a high level of versatility because they can be adapted for use in many different environments by changing their attachments. Diesel engines usually power hydraulic excavators.

Long-reach excavators dig hard-to-reach places, such as narrow trenches or foundations. These heavy-duty machines may be used in mining, construction, and other industries and are also known as telehandlers. They have a boom (an extendable arm) that can move the machine up to 40 feet into the air so it can dig at awkward angles or under obstacles. The operator uses both hands-on control to operate this machine, requiring more skill than other excavators.

A mobile excavator is a versatile machine used for many different tasks. It works well in construction, where it’s used to dig foundations and trenches. This machine can also be useful when clearing land or digging drainage ditches.

Mobile excavators are easy to operate, similar to smaller models like skid steer loaders or mini-excavators in their design and operation.

Mining Excavators are a little different from the other types of excavators. They’re used to remove overburden (the rock and dirt covering the ore) so miners can access it. These large, powerful machines can be as large as 20 tons, but they’re usually smaller.

They’re typically used in open pit mining operations because they’re capable of moving large quantities of material quickly and efficiently. However, they are also used in underground mining operations where there is no room for multiple excavators working together at once, as you might see on an open pit site!

A pile driver-type excavator is a machine used to drive and remove piles. A pile is a long, slender structural element used to support the load of a structure built in or on the ground. Piles can be steel, timber, or concrete and are driven into the ground by pile drivers. They are commonly used in construction, mining, and forestry applications.

You’re now more familiar with the different types of excavators. They all have unique features and uses; it is important to find the one that works best for your particular needs.

Why is the parapet clamp better than other fall protection systems?

What are Smart Bidet toilets? 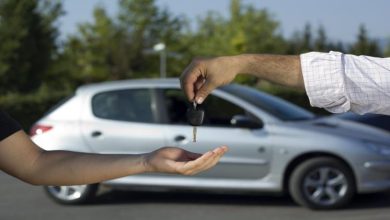 Get Rid Of Your Unwanted Car For Highest Cash